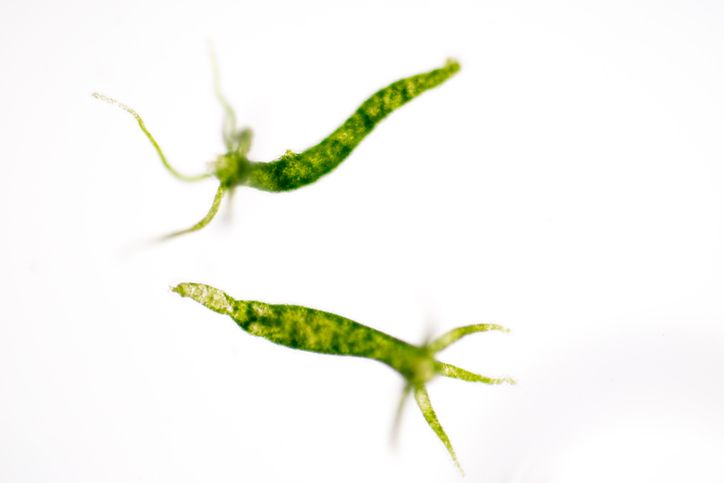 Engineers have been studying neurons in ancient creatures. These little beasties are hydra, thin, transparent and, have survived billions of years. That makes them worthy of study, according to electrical and computer engineer Jacob Robinson. Just because an animal is soft and squishy doesn’t mean it isn’t tough. This team of researchers has developed methods to corral the tiny, squid-like hydrae and perform the first tests on the relationships between neural activity and muscle movements in these creatures. They immobilized the animals in narrow passages, dropped them into arenas about one-tenth the size of a dime and let them explore wide-open spaces.

“If you look at them with the naked eye, they just sit there,” Robinson said. “They’re kind of boring. But if you speed things up with time-lapse imaging, they’re performing all kinds of interesting behaviors. They’re sampling their environment; they’re moving back and forth.” The Hydra doesn’t appear to age – and apparently never dies of old age. If you cut one in two, you get hydrae. And each one can eat animals twice its size.

Hydrae, which top out at about a half-centimeter long, come in different sizes and change their shapes at will. Roundworms and hydrae have similarities. They’re small and transparent and have relatively few neurons, and that makes it easier to observe the activity of every brain cell at the same time, but there are enormous biological differences. For example, the worm has exactly 302 neurons, and you can see exactly how it’s wired. Hydrae can grow and shrink. They can be cut into pieces and form new animals, so the number of neurons inside can change by factors of 10. That means there’s a big difference in the animals’ neurobiology: Where the worm must have an exact circuit, the hydrae can have any number of circuits, reorganize in different ways and still perform relatively similar behaviors.

With this and future studies, the team hopes to study neural activity to learn about similar connections in other members of the animal kingdom. Hydrae and humans shared a common ancestor that is believed to be the first animal to have neurons. From this ancestor came all the nervous systems that we see today.