A Web of Possibilities 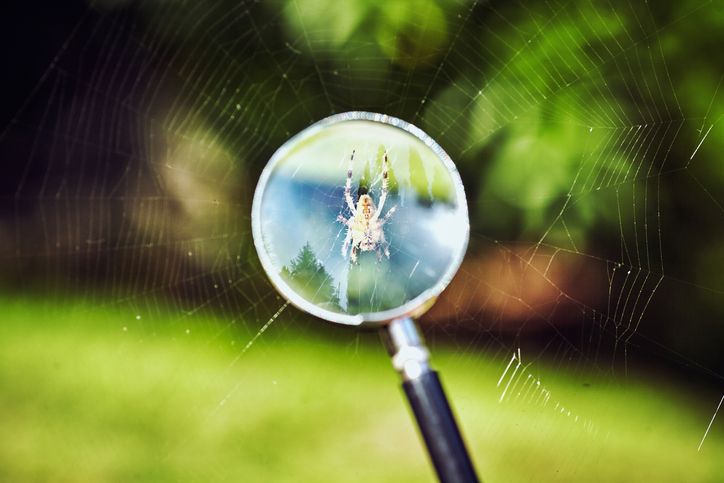 For decades, scientists have fantasized about creating lab-grown spider silk, which is supposedly stronger than steel and softer than a cloud, but the reality hasn’t lived up to the hype. Spider silk is among the strongest and toughest materials in the natural world, as strong as some steel alloys with a toughness even greater than bulletproof Kevlar. Scientists have been able to create some forms of synthetic spider silk but have been unable to engineer a material that includes all of natural silk’s traits. Unfortunately, spiders are territorial and cannibalistic by nature, so their silk has been impossible to mass produce.

Researchers at Washington University in St. Louis have engineered bacteria that produce a biosynthetic spider silk with performance on par with its natural counterparts in all of the important measures. And they’ve discovered something exciting about the possibilities ahead. New research shows that the tensile strength and toughness of spider silk depends entirely on its molecular weight. The bigger the molecule, the stronger the silk, even in synthetic silk. The largest challenge creating a biosynthetic spider silk has been creating a large enough protein.

To get around this long-standing obstacle, researchers added a short genetic sequence to silk DNA to create a chemical reaction between the resulting proteins, fusing them together to form an even bigger protein, bigger than has ever been created before. Scientists then spun their silk proteins into fibers about a tenth the diameter of a human hair and tested their mechanical properties. This biosynthetic silk is the first to replicate natural spider silk in terms of tensile strength (the maximum stress needed to break the fiber) and toughness (the total energy absorbed by the fiber before breaking).

Spider silk’s unmatched combination of strength and toughness have made this protein-based material desirable for many applications ranging from super thin surgical sutures to projectile resistant clothing. Two decades ago, a Canadian firm developed a herd of spider silk-producing goats, but it failed to bring its “biosteel” to market before going out of business in 2009. In 2015, Japan’s Spiber partnered with The North Face on a “moon parka” made of its spider silk, but it was more art piece than a consumer product. Germany’s AMSilk created a biodegradable shoe with Adidas in 2016, but that company’s focus today is on selling its biosilk to cosmetics companies, which use silk additives to give skin products their glow and shampoo its shine. With these new breakthroughs scientists, military officials, even clothing designers are looking to create the next generation of textiles.