Out to Sea: Wind Turbines and the Ocean Breeze 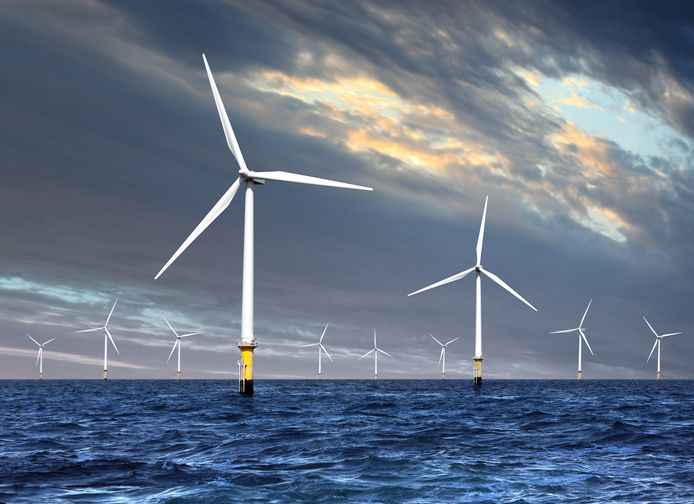 Wind energy has been used for more than two thousand years. Since its discovery, wind energy has been crucial to farmers and ranchers that use windmills for pumping water and grinding grain. Today wind energy is mostly used to generate electricity through the use of turbines. The need for environmentally safe renewable energy has led engineers to research and develop large-scale wind farms. The very first offshore wind farm was installed off the coast of Denmark in 1991. Since that time, commercial-scale offshore facilities have been operating in shallow waters around the world. Offshore winds tend to blow harder and more consistently than on land with the highest wind speeds occurring further out to sea and at greater depths. The current bottom fixed offshore turbines, with foundations in the seabed, have depth restraints and cannot harness the higher wind speeds found further out to sea.

Harnessing deep sea wind requires engineers to develop new foundations so the turbines can reach greater depths. Turbines must be able to withstand hurricane-force winds, storm waves and in some cases-ice flows. Several construction approaches have been established but there is yet to be a stand out development. To get deep sea platforms up and running quickly, one common strategy has been to build the structures at onshore shipyards. This boosts local economies as well as lowering the cost of production by using local resources. The turbines can then be towed out to deep water and once on location, can then be hooked up to pre-installed mooring chains. A single connection point and power transmission cable allows the platform to be connected and running quickly with little disruption to ocean life.

Seafloor ecosystems have been monitored closely during the whole process of introducing stationary wind turbines to each location’s environment. Current research has determined that the largest impact has been during the construction phase. Stationary turbines use pile driving to install poles into the ocean floor, which causes marine mammals to leave their habitats due to the loud sound pulses. This is remedied by conducting construction on land for the floating turbines which lower environmental effects considerably. Researchers say it’s still too early to draw conclusions but by disturbing the ocean floor less, floating wind turbines will be the go-to for future wind farms.