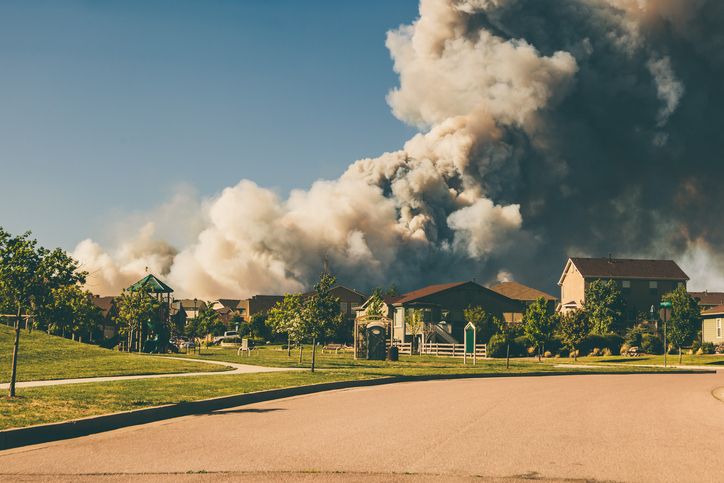 On September 18th, 2018, in the Merrimack Valley in Northeastern Massachusetts, work crews for the Columbia Gas Company were in the final stages of replacing cast iron pipes (that date back to the early 1900's) with a new set of plastic gas-distribution pipes. What those workers didn't realize was that they needed to not only switch out the pipes but to also switch the sensors. To regulate the pressure in this old school system, control system sensors were placed inside the pipes and the data was then sent back to the regulators. By cutting off the valve the control system saw pressure falling in the old pipes, so it opened up the regulator. In mere moments the natural gas supply lines pressure soared thus making pilot lights into blow torches and stove gas burners into towering infernos.

One person lost their life, dozens were injured and over a hundred structures were damaged. Through the evening emergency crews responded to approximately 80 fires. Gas services were shut off to 8,600 customers, to avoid igniting any lingering gas, which of course caused an evacuation and a state of emergency was declared.

Columbia gas took over the locally owned gas company but moved the monitoring system to Ohio. This move was probably done to save money, money which should have been spent on a corresponding control system to allow Ohio monitors to shut off regulators and valves remotely. Presumably, this company has completed this type of work before, so you would hope that the technicians and definitely the supervisor would realize that by not changing the sensors at the same time as the pipes, disaster could strike. Every technician can't know enough to design an entire system, that's what engineers are for, but techs and supervisors should know the basic technology they are working on.

Since the disaster in September, many Columbia Gas customers are still without gas. The company's deadline was in November but has recently been pushed to December 16th. It's safe to say Columbia Gas will be paying for this mistake for a very long time, unfortunately so will the residents of Northeastern Massachusetts.