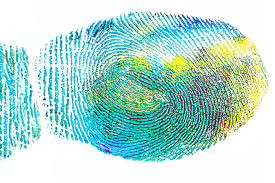 Like a snowflake, every human fingerprint is different. Even so, engineers have designed a tool that can create a fake fingerprint and unlock your phone.

Researchers at Michigan State University and New York University aggregated human fingerprints and trained a neural network to create a fake print that could unlock 20 percent of devices.

The artificial intelligence system could scan thousands of prints and use any one of them, or a combination of a few of them, to unlock a machine. The machine uses algorithms to create new prints and tests them on the device.

Many devices allow users to enter a variety of different fingerprints into their database. The systems rely on just a partial print to unlock the device. Partial prints are not as unique as the full fingerprint, which makes it easier for AI to create a fake profile and open up a device.

Arun Ross of Michigan State University and Nasir Memon of New York University call the fake fingerprint matches MasterPrints. The success of the MasterPrint shows the vulnerability of our devices, like laptops and iPhones. If MasterPrints were manipulated in a harmful way, they could be used to compromise a variety of secure systems.

Consumer reporters have rumored that Apple will bring back Touch ID fingerprint scanning on their newer iPhone models that will work alongside its Face ID feature. Reports say that the fingerprint scan could be used as a backup method instead of Face ID.

Researchers say the MasterPrint proves that devices need multiple layers of security and authentication before unlocking.