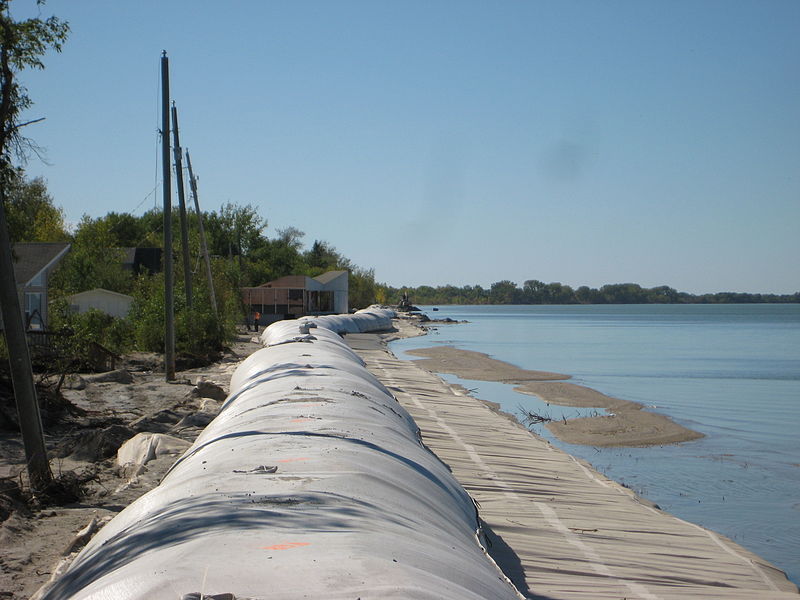 The Army Corps of Engineers is researching the use of natural barriers in protecting some of Texas’ biggest cities from hurricane damage. In October, the Corps suggested building out 14-foot-tall sand dunes along 44 miles of Atlantic shoreline to shield cities like Houston and Galveston from storm surges. The $32 billion idea is the latest update to their coastal protection plans started last year. The Houston Chronicle reports that homeowners in Galveston and Bolivar spoke out against initial plans to build hard levees behind the dune line, because it would have still left many coastal neighborhoods vulnerable to hurricanes.

The dunes would create a natural barrier and absorb high amounts of wave energy over-top the berm. They are very flexible structures and can absorb high impact and shift without dramatic breakage or wreckage. The Corps also says the dunes can provide a habitat for wildlife like birds and beach mice, plus, they have the added benefit of looking aesthetically pleasing. They also stymie beach line erosion with fluctuating water levels in non-hurricane seasons. The Statesman reports that scientists have recorded 5-8 feet of shoreline loss in the past 80 years in the Galveston and Bolivar regions.

The dunes are not a perfect solution. They would be powerful protectors, although not as powerful as a levee. Coming up with a coastal protection plan is paramount. The Corps. estimates that a category 5 hurricane could create $43 billion in damage in Galveston. They will submit a final proposal for the coastal barrier to Congress for funding in 2021.