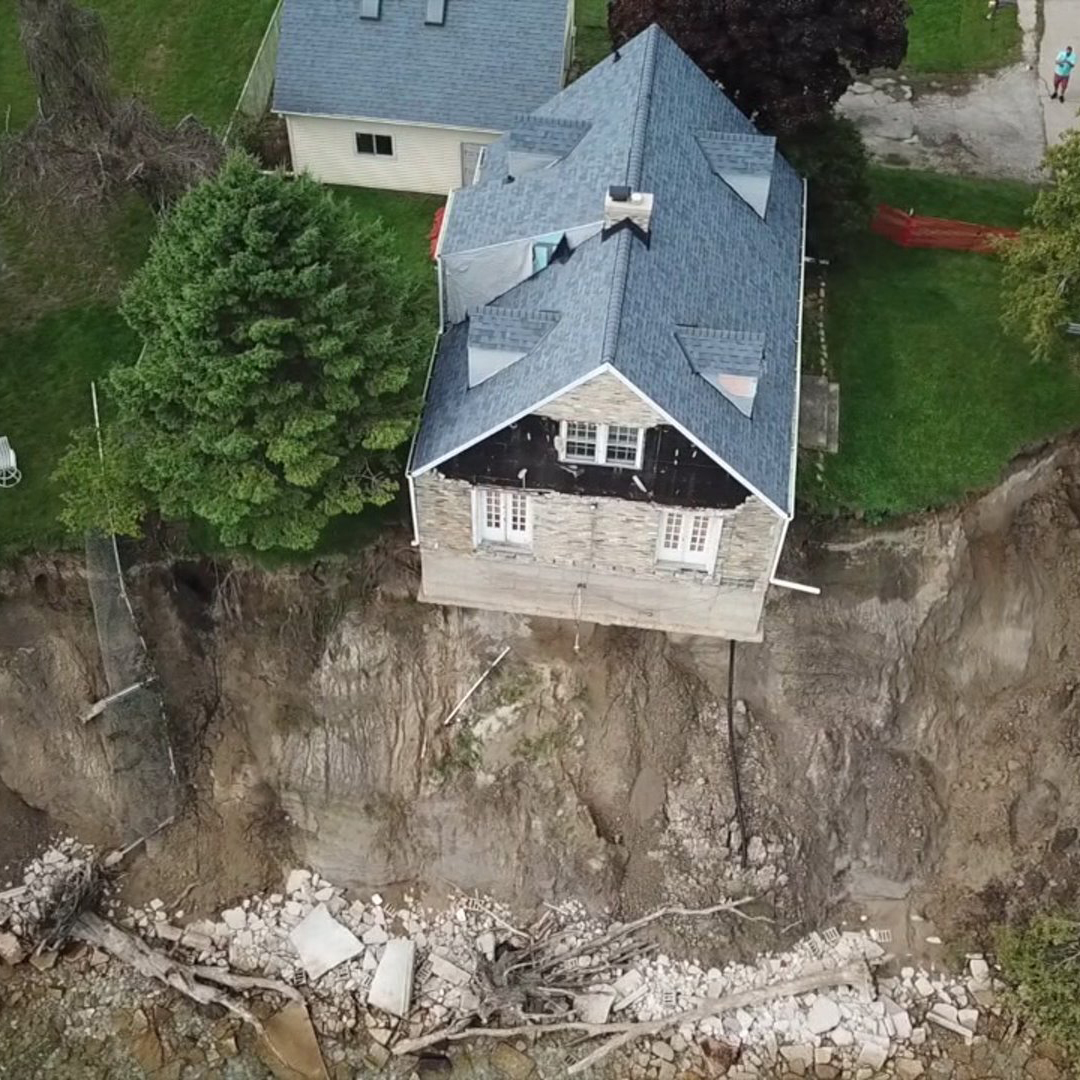 Many coastal Great Lakes homes are at risk off falling off the face of the earth, or at least into Lake Michigan.

Record water levels in Lake Michigan have swallowed miles of beach and have caused unprecedented levels of erosion and shoreline damage, causing many lakefront homes to begin to crumble near the beach. The problem started earlier this year when the state received a lot of snow, which then melted and turned into runoff. To exacerbate things more, a wet spring and summer contributed to even higher levels.

Now, the U.S. Army Corps of Engineers is expediting permits to help homeowners access immediate fixes to their properties. They have also reduced the permit fee to $100 and they will not require people to issue a public notice of work being done.

These high water levels have had far reaching consequences the entire year. In the summer time, the high water levels strengthened currents and flow rates in river inlets and outlets near Lake Michigan. In Mason County, at least four people drowned after swimming in the lake and rivers connected to it. Three of them died at the Ludington State Park after swimming near the Big Sable river. In Wexford County, one woman died while tubing on the Manistee River, after being pulled under by the swift moving current.

As the state heads into its chilliest months, the high water level issue becomes even more complicated. Ice build up has the potential to destroy sea walls and other barriers, as well as docks and marina infrastructure.

The U.S. Army Corps of Engineers says they want to help homeowners and property owners with shoreline erosion as quickly as possible, and they’re working on long term solutions to the shoreline erosion issues.