Lack of "Engineering Culture” to Blame for String of Boeing Errors? 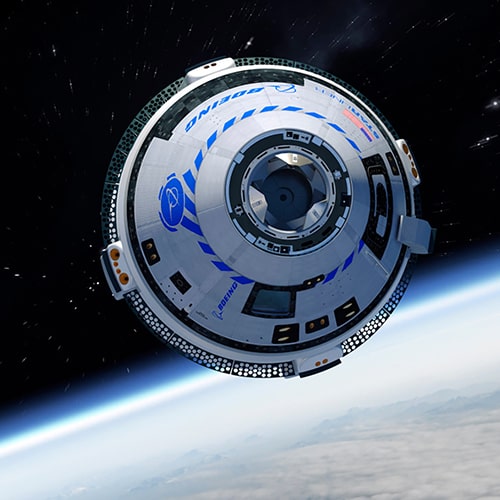 Boeing has been making headlines for all the wrong reasons lately. On December 20, 2019, Boeing launched its CST-100 Starliner spaceship as part of a test flight. It didn’t take long for things to start breaking down. The Starliner's clock was set 11 hours ahead. The aircraft was following steps of a phase of the mission it had not reached yet, causing the thrusters to go on too soon. At this point the craft had already burned 25% of its fuel so engineers could not get the ship to the space station. Instead they maneuvered the ship into a stable orbit to prevent it from crashing to earth. After the immediate danger was avoided, another flaw in the code was found that would have caused the wrong thrusters during departure. The service model would have been propelled into the crew module, with the astronauts inside. The craft was intended to shuttle astronauts between Earth and the International Space Station, but now NASA is pumping its breaks.

A year ago, on March 10, 2019, a Boeing 737 Max plane headed to Nairobi, Kenya, crashed killing all passengers on board. In October 2018, the same model crashed into the ocean during a trip between cities in Indonesia. Both accidents killed a combined 346 people. Countries and airports around the world made the decision to ground the model. Authorities later determined design flaws were to blame for the devastating crashes. The faulty system pushed down the plane’s nose inappropriately.

What’s worse, is that safety experts slammed the Federal Aviation Administration for failing to notice those flaws. They say Boeing did not fully account for the plane’s anti-stall system in communications with the FAA. Now, NASA officials are speaking out about the continuous mistakes and they’re trying to dig a little deeper to understand what caused them. According to a Quartz article, NASA will interview a cross section of Boeing staff.

"We want to understand what the culture is at Boeing that may have led to that," Loverro, a NASA associate administrator, said in an interview with Business Insider. Aeronautics expert Bjorn Fehrm said "there is a clear lack of engineering culture, aeronautical culture, and long-term business culture in the board."

Boeing’s leadership team denies having cultural problems, however, in late February, Boeing admitted it didn’t perform sufficient tests ahead of its Starliner flight.