Army Corps of Engineers Working to Build Reservoir in Everglades 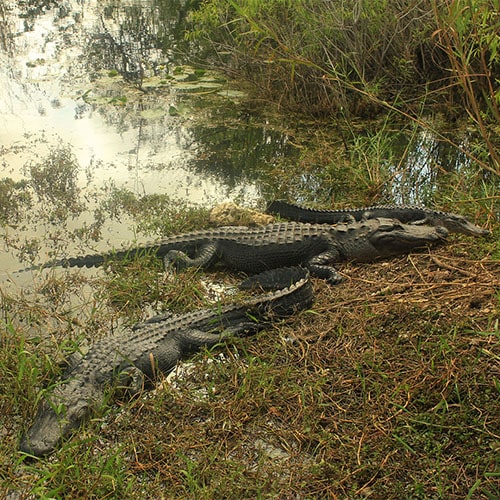 The Army Corps of Engineers is tackling a major project in south Florida: providing cleaner water to the Everglades.

WINK News reports the Corps is constructing a reservoir that will hold billions of gallons of water, which will essentially help flush out the marsh land, treat storm water, and clean out the Everglades.

“The project will send clean water south to the parched Southern Everglades and Florida Bay while reducing damaging discharge events from Lake Okeechobee to the east and west coasts,” the South Florida Water Management District (SFWMD) says on its website. The reservoir…[will] include a new constructed treatment wetland, known as a Stormwater Treatment Area, to provide additional water quality benefits.”

Restoring the Everglades is a top priority for Florida governor Ron DeSantis. In January 2019, he signed an executive order that will provide $2.5 billion in funds for reclamation and protection of Everglade water resources. It also prompted the SFWMD to immediately begin construction and planning for the Everglades reservoir project.

The Audubon says the reservoir project is one of 68 pieces of the Comprehensive Everglades Restoration Plan.

Back in February 2020, the TC Palm reported that the Friends of the Everglades criticized the Army Corp’s initial reservoir design plans for not being protective of the river estuaries. The letter said that the reservoir would not protect estuaries from toxic algae.

The entire project will cost nearly $2 billion. The TC Palm also reports that the structure will reduce Lake Okeechobee discharge by nearly 2/3.

The storm water treatment portion will be done in three years, while the storage reservoir is scheduled to be completed in 2028.